BREAKING NEWS:
Bloc Party have two New York dates going on sale this Friday, 5/2. Catch 'em at Webster Hall on 8/6 and 8/7! They're one of my fave live bands. High energy fun for all. Check out their performance of "Flux" live at the WAMU Theater at Madison Square Garden last October:


SURPRISE SHOW:
MSTRKRFT will be playing GBH's 10 Year Anniversary Party at Webster Hall on Friday, 5/16. It was nigh impossible tracking down the link for tix, so there it is for ya nice and easy. Also appearing will be Grandmaster Flash and other DJ goodness. 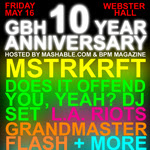 Dave Matthews and Tim Reynolds put on an unforgettable show at the Waikiki Shell in Honolulu for the first night of the Kokua Festival, Jack Johnson's annual  Earth Day celebration festival on Oahu. Tim Reynolds' unusual sound was a true jaw-dropper, but as expected, it was Dave Matthews who stole the show. 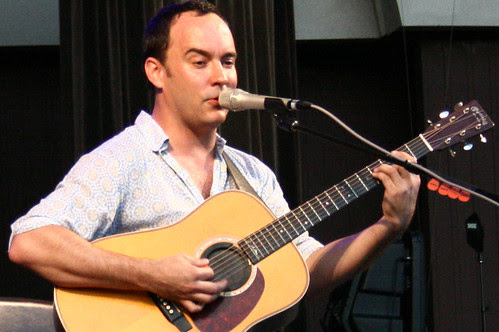 Because I love to support this independent hip-hop fest, and because Gza's gonna be there...

Courtesy of their lovely publicity folks:

A trippy night, a trippy band, trippy chill-out music for a sold-out crowd. 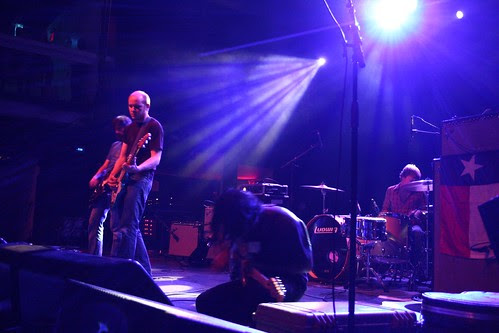 New York's new uber-club, Terminal 5, was a far cry from the barely 50-member-strong audiences in the dimly lit clubs of Austin for Explosions in the Sky, as those in the know fondly recall. And a far cry even from the Warsaw, that Williamsburg haven of indie discoveries in waiting.  No, New York wasn't offering a kielbasa with a side of spacey guitar freak-outs, this time around.

I'm happy for Explosions in the Sky, with their hard-earned notoriety and well-deserved place in the pantheon of indie rock. You've come a long way, baby. 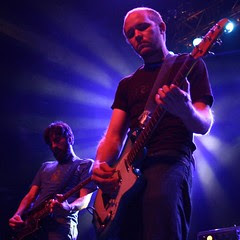 Give Explosions in the Sky's show tonight a listen and you'll understand why so many made their way to the Westernmost reaches of NY's known universe to hear what would normally be a soundtrack at an NYU smoke-fest. They created atmospheres, vibes and energies. If only I could think of any less bohemian adjectives, I'd certainly use them. But, well, listen and you'll get the idea.

P.S. My dream Central Park Summerstage lineup for summer '08:  Devendra Banhart, Grizzly Bear and Explosions in the Sky. Now that would be a night.  Explosions in the Sky, with their heady soundscapes and an absolute lack of any kind of vocalization, would be a perfect counterpoint to Grizzly Bear's harmonies and Banhart's freak folk fuzz. And all under a starry night sky. (*sigh*) What do you say, Kara, can you make it
happen?

Fans of Modest Mouse and The National, rejoice!  They're heading back to New York. And guess who they'll be touring with...

OK, yeah, that sounds odd to me, too. Then again, Modest Mouse has been known to engage in a little hero worship from time to time (read: Johnny Marr of The Smiths, now in the band). So maybe I shouldn't be so surprised.

The National accepting their Song of the Year Award for "Fake Empire" at the Plug Independent Music Awards, Terminal 5, NY 3/6/08.